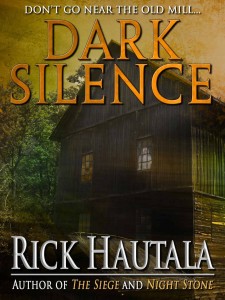 You can read the review here.

November, 1694. Rachel Parsons, an accused witch, is hanged at the Gallows Tree in Summerfield, Maine. Before she dies, she curses all who live on her land. Her words end with the creak of the rope as the ladder is pulled out from under her.

Autumn, 1963. A retarded boy is chased into the old, abandoned mill. But it is one of his tormentors who ends up at the bottom of a shaft.

Summer, 1994. Brian Fraser has heard the stories about the old mill. They say it’s haunted, filled with the whisperings of long ago…including something that his own father won’t talk about. But Brian is drawn to the mill. Drawn to an evil so hideous, so apocalyptic it threatens one’s sanity…