From the Archives: Rick Hautala interview with “Francy & Friends,” January 2013

November 5, 2019 / goathunter / Comments Off on From the Archives: Rick Hautala interview with “Francy & Friends,” January 2013 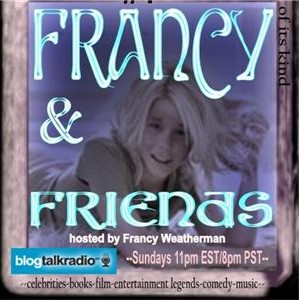 On January 20, 2013, Rick Hautala was a guest on the BlogTalkRadio show “Francy & Friends,” hosted by Francy Weatherman. It was recorded just two months before Rick’s untimely death in March 2013.

Sometime in the intervening years, the episode went AWOL from the BlogTalkRadio site. The page is still there, but the audio is not.

Fortunately, I saved the file, and it’s now hosted here for your enjoyment.

Here’s the description of the episode:

Known for the past two decades as “that other horror writer from Maine,” Rick Hautala has more than thirty published books to his credit, including the million copy, international best-seller Nightstone, as well as Twilight Time, Little Brothers, Cold Whisper, Impulse, and The Wildman. He has also published four novels using the pseudonym A. J. Matthews. His more than sixty short stories have appeared in national and international anthologies and magazines. His short story collection Bedbugs was selected as one of the best horror books of the year in 2003, and in 2012 he accepted a Stoker Lifetime Achievement Award from the Horror Writers Association.  An inspiration to a multitude of writers and legions of fans, we are proud to have this literary horror icon as our guest! Co-hosted by Bay Area horror host Joe Flynn and featuring all your favorite Francy friends including our own Nicholas Grabowsky and actor John Link!

German edition of The Mountain King coming next year

October 10, 2018 / goathunter / Comments Off on German edition of The Mountain King coming next year

German publisher Buchheim-Verlag has launched Cemetery Dance Germany, a line of German translations of books originally published by Cemetery Dance. They’ve announced that book 3 of the line will be a German translation of Rick Hautala’s The Mountain King. No further details about that edition are available yet, but you can read more about the imprint here.

“The Nephews,” produced by Midnight Matinees

August 9, 2018 / goathunter / Comments Off on “The Nephews,” produced by Midnight Matinees

THE NEPHEWS by Rick Hautala

There’s a reason why people stay away from The Nephews Islands, and three fishermen are going to be reminded firsthand as to why! 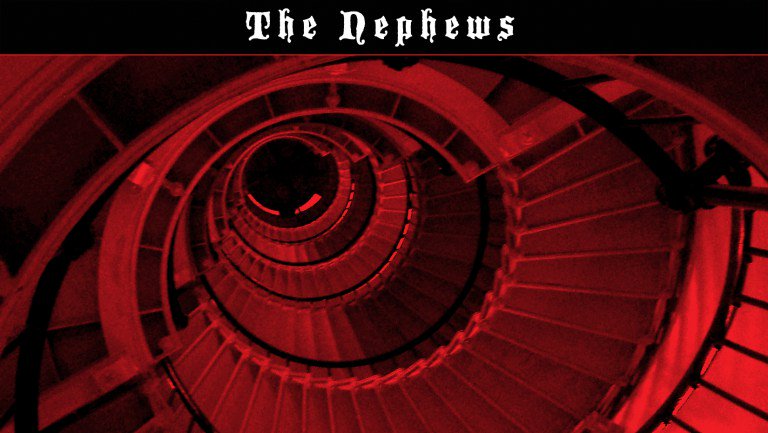 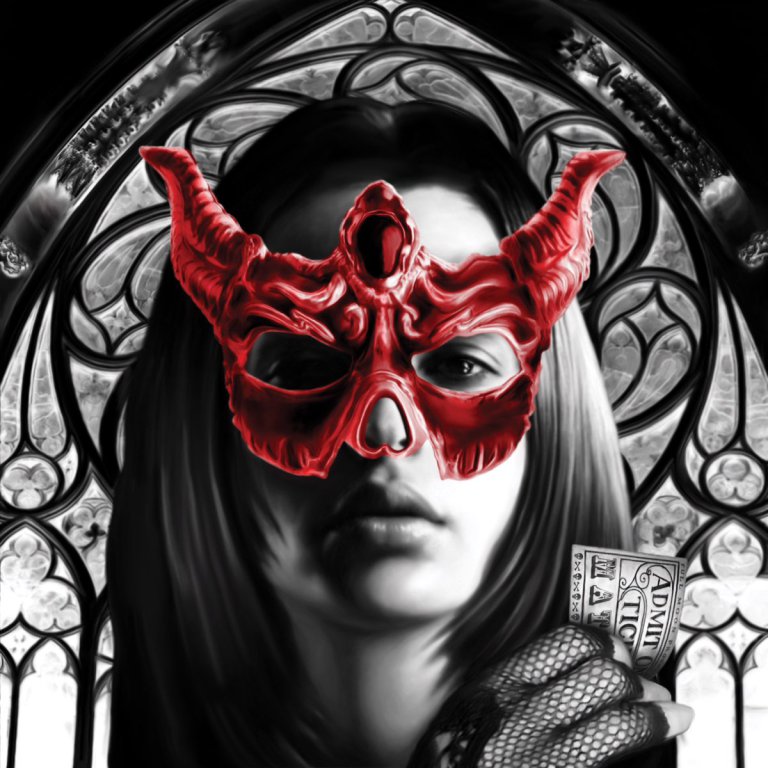 Two of Rick’s novels previously released as ebooks by NECON Books are now available in new releases from Crossroad Press! Winter Wake and Dead Voices can be found wherever ebooks are sold. 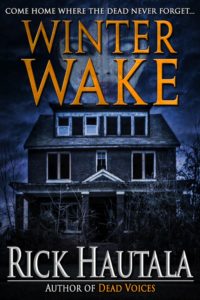 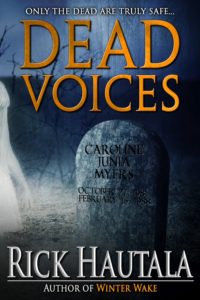 Photos from the 2018 Rick Hautala Celebration

February 6, 2018 / goathunter / Comments Off on Photos from the 2018 Rick Hautala Celebration

Tony Tremblay posted some photos from Saturday’s get-together at the Portland Public Library to celebrate the life of Rick Hautala. You can see his photos on Facebook. 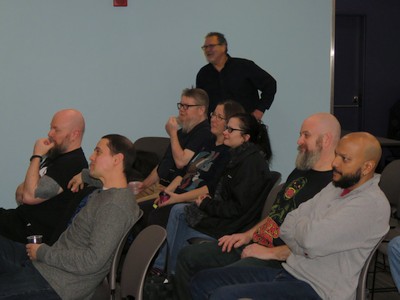 A Celebration of Rick Hautala on February 3, 2018!

Dear friends, I’m very much looking forward to seeing you at THE PORTLAND PUBLIC LIBRARY in Portland, Maine, for A Celebration of Rick Hautala. The library portion of the event begins at 1pm. I’m encouraging you all to bring anyone you’d like. We want to keep Rick’s work and memory alive, and that means teaching new people to appreciate him.

Those interested will head over to Rosie’s in the Old Port afterward (provided they can accommodate our numbers). PLEASE go to the event page to tell me if you’d like to take part in that portion, so I can call the pub and see if they’re okay with our numbers.

November 5, 2017 / goathunter / Comments Off on GoFundMe project for The Rick Hautala Papers

It’s official- Rick’s papers are funded and will be housed at the Maine State Library. A big thanks to Mark “Marky-Mark” Steensland for his generous contribution. Rick is smiling and pshawing somewhere.

Hello friends. You will see that I have a created a GoFundMe for the Rick Hautala Papers. Rick was an accomplished Maine Horror/Suspense author—winning the Bram Stoker award with Joe R. Landsdale. Rick was a good friend of Steve and I. I was his personal archivist and have been processing and organizing his personal papers since 2007 The papers will be transferred to the Maine State Library Archives December 31, 2017. Although I have been processing Rick’s papers pro-bono since 2007 around my many other projects, the cost of rehousing materials are expensive. Share with anyone you feel may be interested in supporting. Thanks so much!

Click here to support The Rick Hautala Papers…
On March 21, 2013, the horror and suspense writing community and fans were shocked and saddened to hear that Rick Hautala passed away from a heart attack at the age of 64: https://www.rickhautala.com/2013/03/21/rip-rick-hautala/Rick Hautala rose to fame in the 1980s with his million-copy best-se…
GOFUNDME.COM
Category: Rick Hautala /

September 20, 2017 / goathunter / Comments Off on Cover for Waiting

Glenn Chadbourne did the illustration, Dyer Wilk did the set-up and coloration.

For more information on Waiting, look below or visit Haverhill House. 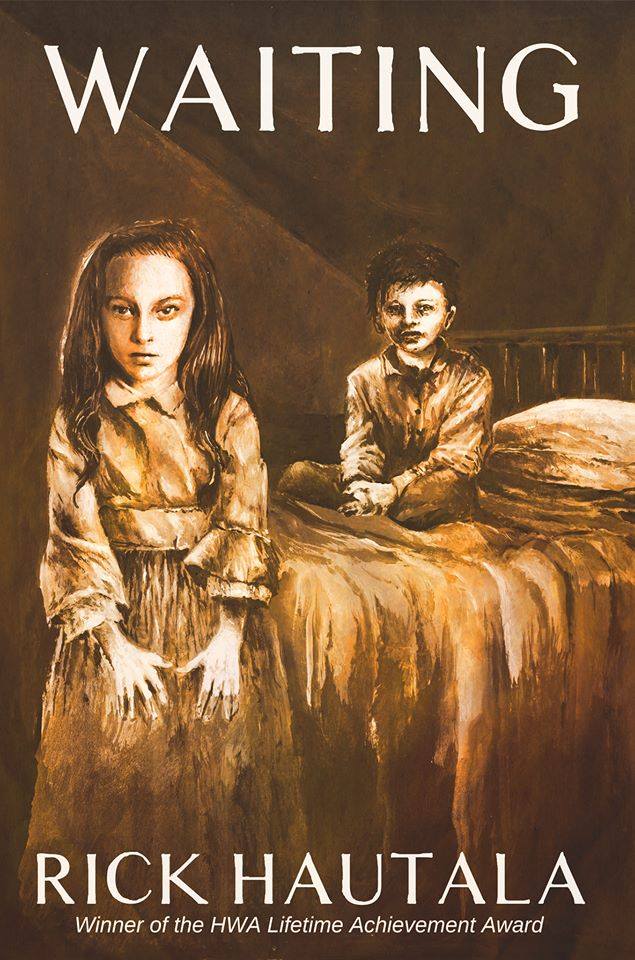 Thanks to Gerald Winters of Gerald Winters and Son Rare Books in Bangor, ME, here’s an amazing find: a letter that Stephen King wrote to publisher Coward, McCann, and Geoghegan recommending a new in-progress book by a new writer named Rick Hautala! The book, The Dark Brother, was retitled Moondeath when it was finally published by Zebra Books in 1980.

I’m writing in hopes that you will read a manuscript in progress. It is a novel called THE DARK BROTHER by a young man named Rick Hautala. Rick works in the South Portland Walden bookstore, and a few months ago he asked me if I’d look at this script.

Gerald wrote, “After Putnam Publishers acquired CM&G, this letter was kept on their files until it was eventually acquired by the previous owner.

“Now it is back in Bangor where it will stay for anyone wishing to view.”

Click on the image to view a large version of the letter that you can read. 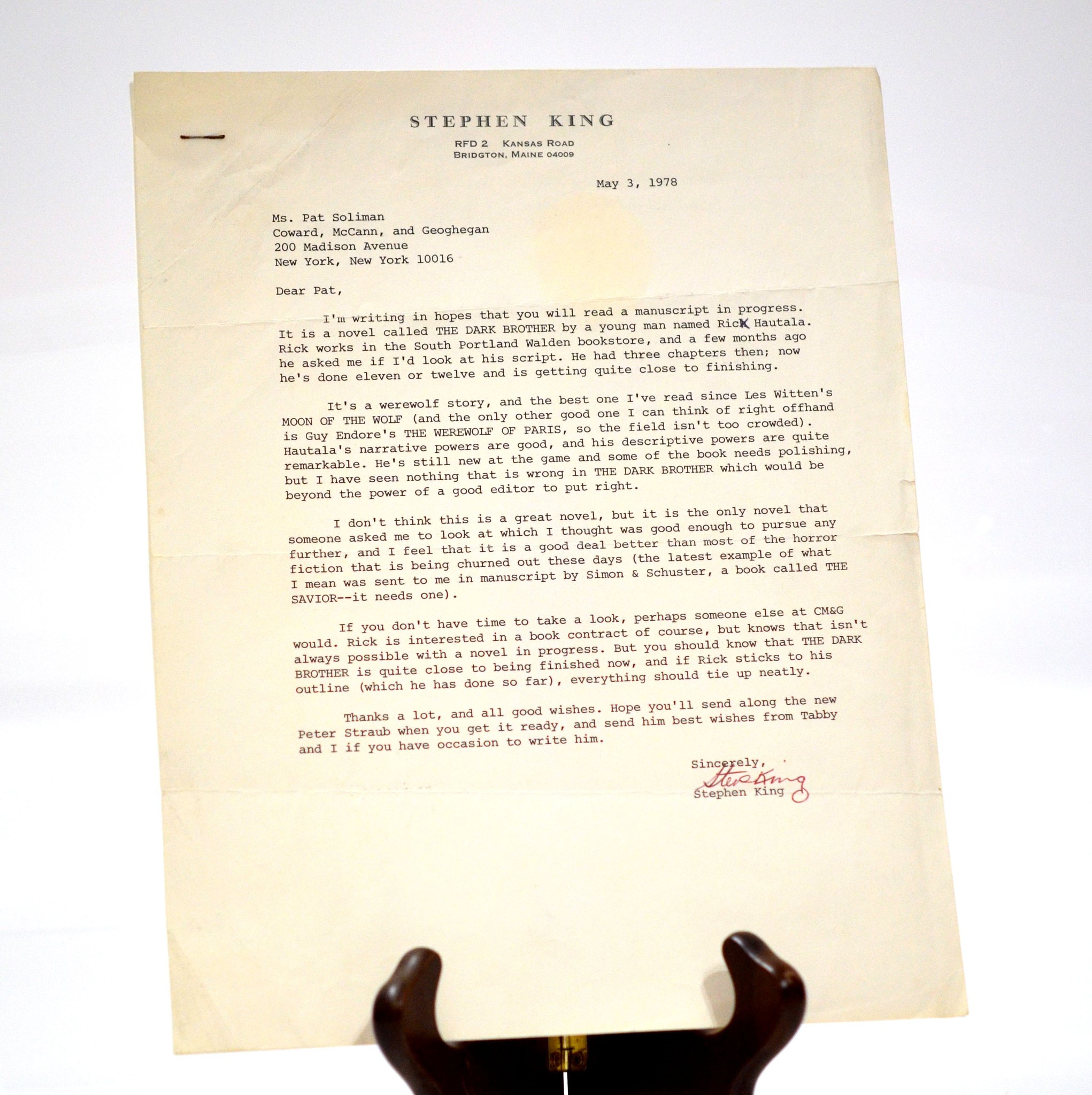