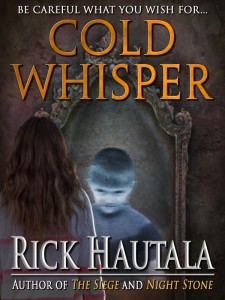 Tully. He made Sarah’s every wish come true. He appeared to her eyes alone and spoke so that only she could hear. Sometimes Sarah wondered if it was all her imagination. But the things that Tully made happen were all too real. And, as Sarah grew up, they were all too horrible.

Now Sarah, a college freshman in Maine, lives in terror. She mustn’t think bad thoughts. She mustn’t give in to the lure of Tully’s powers. She mustn’t ever, ever get angry. For what Tully doesn’t understand is that some wishes aren’t meant to be granted.